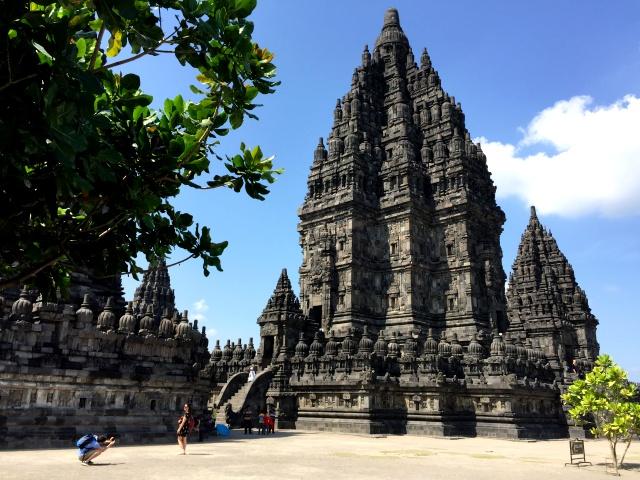 Prambanan temple is located in the east part of Yogyakarta, known as the largest Hindu temple in Indonesia. It was not been established when the temple was built and who ordered it, but the strong suspicion that the temple was built in the 9th century AD by King Belitung Maha Sambu of the Sanjaya dynasty. The assumption is based on the content Syiwagrha inscription found around Prambanan and now kept in the National Museum in Jakarta. The stone's inscription was dated 856 AD was written during the reign of Rakai Pikatan.

The restoration takes a long time as if nothing had finished. Prambanan temple was a rediscovery of the greatest ruins, Shiva temple reported by CA Lons in the year of 1733. Every effort excavation and recording of the first conducted under the supervision of Groneman. The excavation temple was completed in 1885 that includes cleansing scrub and rock groupings temple ruins.

In the year 1902, the excavations continued efforts by van Erp. Grouping and identification of rock debris carried in more detail. Restoration of the Prambanan temple was resumed under the supervision of the Antiquities Department and supervised by P.J. Perquin. Through these efforts, some of the temple's ruins of Shiva can be renovated. In 1926, formed a restoration committee temple site, under the leadership of De Haan to continue the efforts that have been implemented Perquin. Under supervision, the development of more refined results Shiva and temples continued renovation.