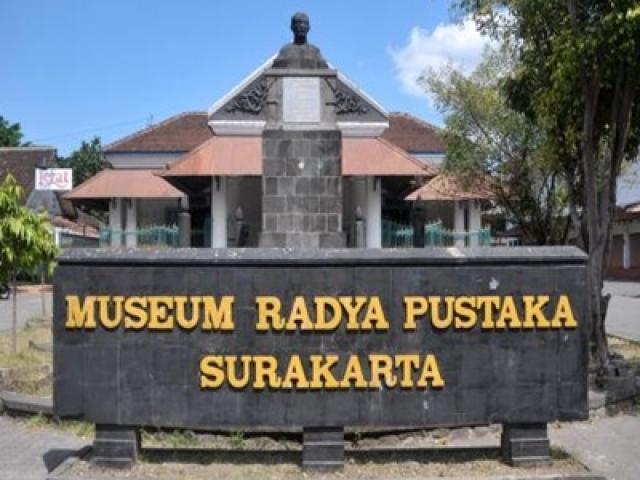 Radya Pustaka Museum is located in Sriwedari Park and it is one of the old museums in Surakarta town. Founded by KRA Sosrodiningrat IV to IX Pakubuwono reign. The first time being in one room of Kepatihan palace on October 28 ’1890 and on January 1’1913 was moved to a new building at Jalan Slamet Riyadi. The museum hall was formerly the residence of Johannes Busselaar and it was subsequently purchased by Majesty Sri Pakubowono for the new location of the museum.

Radya Pustaka museum is not under the auspices of Antiquities or Government Tourism Office Department, but it is a foundation status of Yayasan Paheman Radya Pustaka Surakarta established in 1951. Prominent humanist named Go Tik Swan, also known as KRT. Hardjonagoro and he was a creator of archipelago motif and contributed greatly to the development of the museum.

There are so many historical objects collection in Radya Pustaka Museum, which serves to provide valuable information, even though the case had tarnished statue theft. Surely, this is a special note for the manager. Before entering the building, there is a statue of famous poets, namely Tarso. Inside, there is sculpture Torso Sosrodiningrat VI, founder of Radya Museum Library. Some of the museum's collection of objects is a gift from guests of state, such as some porcelain gift from Napoleon Bonaparte to Sri Paku Buwana to IV. Museum Radya Pustaka is an option for someone who wants to see and learn about Surakarta's history at the past time.