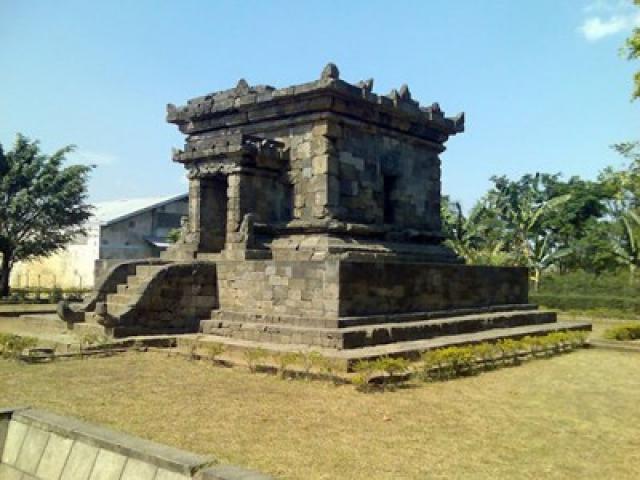 Badut is one of Hindus temple and it is in Tidar village, Malang. Badut temple has relics of Gajayana and he was king of Kanjuruhan kingdom. Badut temple was estimated more than 1.400 years old and was established early of 760 AD.

The Badut name derived from BHA-DYUT and it was Sanskrit, meaning beam of Agastya Canopus star. The temple was the first time discovered by Maureen Brencher, he was an archeology man from the Netherlands. When found it, the only visible remains the rock of temples and it was just like mound above the ground. After having done the research, it turns out the temple buildings were already collapsed and left just feet part. There were still vestiges of Badut temple and several sculptures, like Ganesha, Agastya, Mahakala, Nandiswara and Durga Mahesasuramardhini statues.

Badut temple had been renovated 2 times, the first time was in 1925 - 1926 and the second renovated was in 1990 - 1991. The Badut temple is now becoming a tourist attraction and it has a square floor plan. Besides, the Badut temple often held a religious ceremony by local Hinduism. Badut temple relatively quiet, as the facilities at the temple are not quite enough. As the cultural heritage and historic relics, which is considered by the Indonesia government and the local people as well.