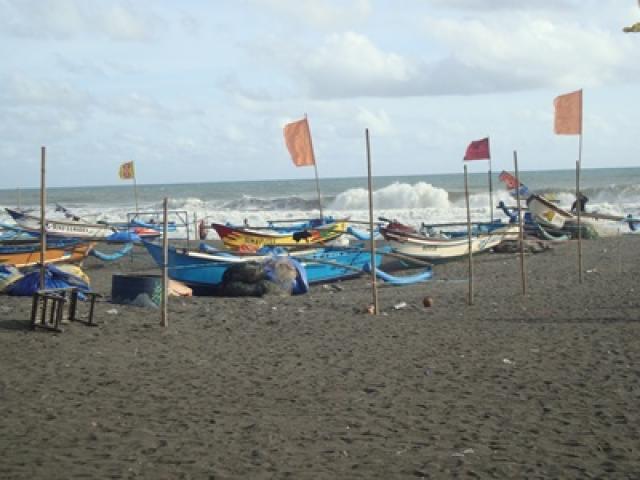 Depok beach is the nearest beach from downtown Yogyakarta and it is located close to Parangtritis and Parangkusumo beaches. Depok is famous because there is a fish port where could get fresh fish directly from the fishermen or traders and it can be eaten home or cooked directly over the lip at the restaurant around. The price of fish from fishermen is relatively cheap, that’s why it makes Depok known as the center of fish for seafood seekers.

Based on the stories of locals, Depok names from the breakage of the Majapahit kingdom and it makes the soldiers fled to place and the soldiers built Padepokan (learning community). The area was given the name of Depok. Tunggul Wulung prince initiated by the stump at the time it had adopted children who have a role named Aris Baya orchard organization of Depok. In moment passes that resulted from Tunggul Wulung grabs the Grogol Depok region. Finally, the region is split into two parts and they are Sono and Grogol. In the year 1947 Sono and Grogol villages merged into Tirtoarjo village. It was due to the availability of regional autonomy, then Tirtoarjo village transformed into a Parangtritis village until the present day.