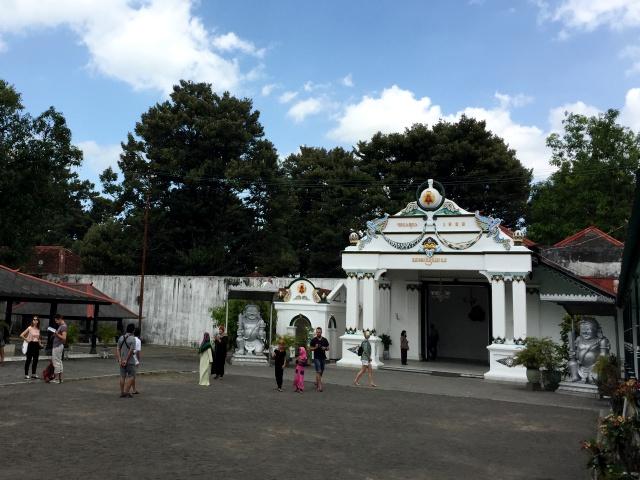 Yogyakarta Sultan Palace history began when in 1558 AD, Ki Ageng Pamanahan gets a land gift in the Mataram area for services that have been defeated Aryo Penangsang. Ki Ageng Mangir archery remained always loyal of Sultan Agung to end, building a palace in Kotagede in 1577. Substitute Ki Ageng Sutawijaya is the son of archery, in contrast to his father. Raden Sutawijaya refused to submit to Sultan and want to have their territory, even dominate the whole island of Java. After winning the battle again the kingdom ofPajang 1588, Mataram became a kingdom and Sutawijaya as Sultan with Panembahan Senopati title. Mataram kingdom has many experiences in development during the reign of 4th Sultan generation, namely Sultan Agung Hanyokrokusumo. After Sultan Agung died and he was succeeded by his son, named Amangkurat 1.

Mataram kingdom suffered internal conflicts and utilized by the VOC and ending with the Giyanti Agreement in February 1755, the area was divided Mataram kingdom into Surakarta and Yogyakarta Sultanate. In agreement, Mangkubumi is declared Prince Sultan Yogyakarta Sultanate with his Sri Sultan Hamengku Buwana I. Since 1988 until now, led by Sultan Hamengkubuwana X. Yogyakarta Palace was founded by Sultan lane I few months after the Treaty Giyanti. The location is the former royal palace of Pesanggarahan named Garjitawati. The houses used to break the funeral procession of Mataram king and family to be buried in Imogiri Royal Cemetery.

Another version states court location is a spring that is named Bannerman Pacethokan and was in the middle of the Beringan jungle. Before occupies Sultan Palace, the lane I inhabit Houses Ambar Ketawang which now includes Gamping district, Sleman regency. Location Yogyakarta Palace is in between Code River in the east and west also Winongo Krapyak Stage in the south and Tugu Monument in the north. The site is located inline between Sultan Palace, South Sea, and Mount Merapi.