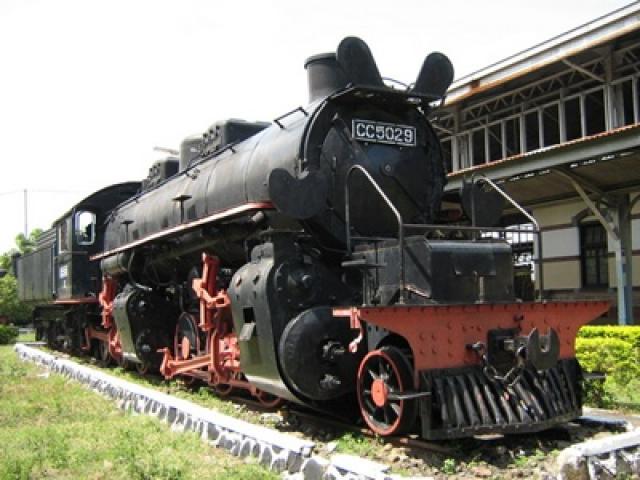 Having public transport of the train has become a matter for sure, but steam train ride with teak wood fuel and produce loud sound is not always enjoyed. Ambarawa Train Museum could still use an antiquated boiler machine. The museum was originally known as Train Station of Willem I, which was built on May 21 '1873. It was used to facilitate transporting Dutch Colonial to Semarang town, which caused Ambarawa town was Dutch military base area in the passing time.

Activity this station closed since 1970 and the railway station was inaugurated as Ambarawa Railway Museum on April 8 ’1978. There is 21 ancient locomotive used by the Indonesian army in the battle to face the Dutch army. In the present day, the condition seems less manicured and many buildings arbitrarily to disrupt the beauty of the shaped museum.

Cars jagged stripes
Unique bands used are serrated rail links. The jagged train line used to climb raised the train line of Bedono railway station 9 kilometers. From Ambarawa to Bedono station is just about 1.5 hours. The band is very exotic because it could see mount Merbabu in the distance and also Swamp Dizziness. The train line from Ambarawa to Bedono for flipped it. The locomotive will be moved to the back and push up to Bedono. It will stop about 15 minutes to fill the train with the tool to pump. This steam locomotive takes 2.5 hours to heat up to 2000 cubic water in a steam boiler. The Woodfuel used must be dried, which after a hot new car can be moved and also require a reliable machinist who understands the process of burning energy steam train.