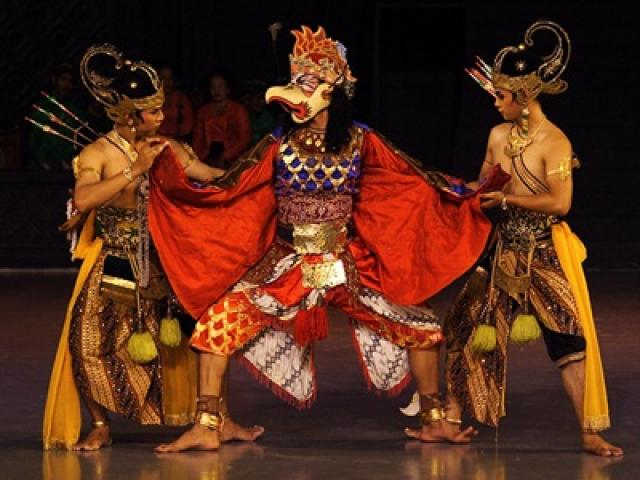 The story of Ramayana begins when King Janaka held a contest to find companion his daughter named Goddess Shinta who eventually won by Rama Wijaya. The adventure of Rama, Shinta and Rama's brother named Laksmana in the Dandaka forest. When they were in the Dandaka forest, they met Rahwana who wants to own Dewi Sinta because it was considered to be incarnations of Goddess Widowati, a woman who has been looking for him. To attract the attention of Sinta, Rahwana change there as one of his followers named Marica into dear. These efforts worked because Shinta attracted and asked Rama hunting.

Laksmana looking back after a long period, while Sinta left and harboring circle magic that can not be touched by anyone. Protection fails because after Rahwana abducted Shinta successful that changes himself to be highly Durna. Jatayu bird tried to help Dewi Shinta, but its wings cut off by Rahwana. Rama and Laksmana knew that Ravana has kidnapped Dewi Shinta from the Jatayu bird. In search of Rama and warlord allied with the forces of the king ape named Sugriwa and also with that is a magical white monkey, Hanoman. He was ordered to look for Dewi Shinta to Alenka Government finally caught by the team of Ravana and burnt alive, but Hanoman got away. Hanoman attract with fire and jumping over fire then burn the Alenka Kingdom.

Dewi Shinta successfully snapped back by Hanuman from the hands of Rahwana, a nimble and powerful ape. But when she was brought back to Rama, Shinta He did not believe anymore and consider it was stained. Shinta asked to burn his life, to prove the purity and sanctity Shinta proven himself because his life is not the slightest will not burn but more beautiful. Rama Wijaya eventually takes Shinta back into his arms.